Haiti-Earthquake : For when would we have strong measures to deal with seismic vulnerability? 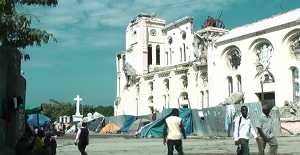 Port-au-Prince, 14 january 2017 [AlterPresse] --- Progress has been made. There are many more skills. Technical structures have been set up but not strengthened. There is awareness of seismic threats. But adequate preparations, in terms of relevant responses to new earthquakes, are lacking. Awareness exists, but institutional mobilization is slow to become a reality in people’s lives.

Social housing should be a national emergency. Communities should have technical means to regulate construction. It is also important to update the construction guide, implemented in 2012 by the Ministry of public works. This is what the platform Group for support of returnees and refugees (Garr) calls for, on the occasion of the 7th anniversary of 12 January 2010.

7 years later, communities in Haiti have not yet adopted strong provisions to deal with seismic vulnerability. Many citizens, although well imbued with seismic threats, tend to resume to bad habits, using unreliable materials in their constructions.

There is a lack of vigilance in the so-called municipal engineering department, who are responsible for issuing building permits.

For its part, the Seismology Technical Unit has a seismic station and daily shaking equipment, but it faces budget problems. Recommendations from micro-zoning surveys should soon be submitted to communities.

The question is, will the communities have the capacity to implement, concretely and seriously, the recommendations made and prevent disasters such as the effects of Cyclone Matthew on Monday 3 and Tuesday 4th of October 2016 in Haiti.

Contemplation activities in various places of worship, various and varied artistic performances as well as exhibitions of paintings and photographs were planned on the occasion of the seventh anniversary of the earthquake of January 12, 2010.

As usual, an official ceremony was organized on the morning of Thursday January 12, 2017 at the Morne Saint-Christophe memorial (near Cabaret). A special concert took place in the afternoon at the Occident Jeanty Kiosk at the Champ de Mars in Port-au-Prince, with the philharmonic orchestras of Holy Trinity (of the Anglican Catholic Church in Haiti) of the Americans Universities of Yale and Cornell.